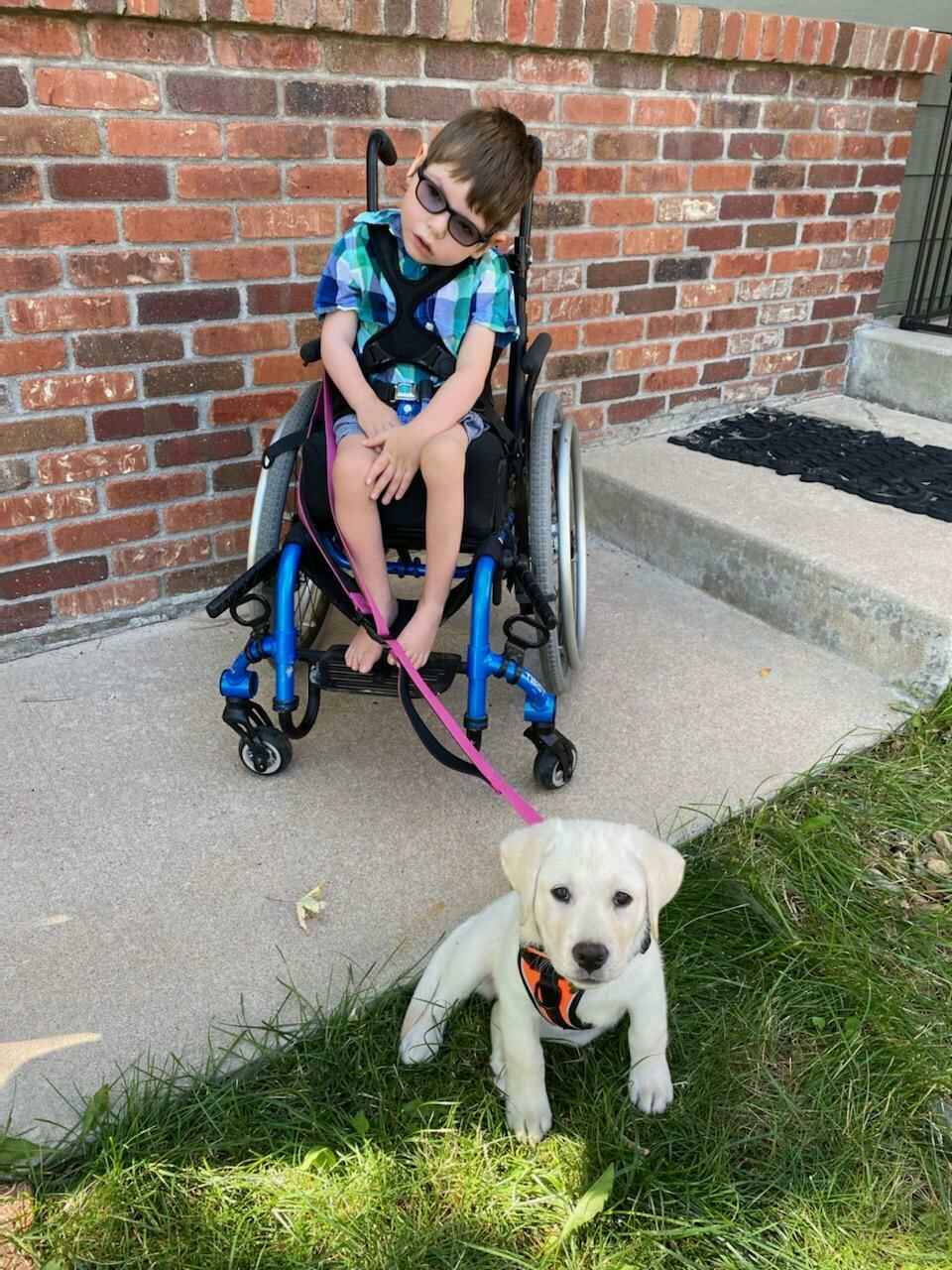 Pumpkin And Tydus Belong Together! Help them along there Journey

Tydus was born with Hemimegalencephaly (HME), a rare condition in which one side of the brain is larger and malformed. HME causes drug resistant, intractable seizures which Tydus was experiencing every 30 seconds. Tydus would sometimes have 100+ seizures a day. Brain surgery to disconnect the damaged half of the brain (Hemispherectomy) is one of the few treatments to stop or slow down seizures in kids with HME.

Hemispherectomy is where they go in and disconnect and remove half of the brain. Tydus first surgery was at 3 months old. He had a left peri insular hemispherotomy, which is a type of hemipherectomy but they don’t remove the brain that is disconnected. It is left in the skull, as it decreases bleeding and risk for hydrocephalus.

Tydus was seizure free for just over 2 years and was off all of his seizure medications and then he started having seizures again. They were awful. They wouldn’t stop until I gave him his emergency medication. After several tests we found out that it looked like the left side of his brain was still connected. This isn’t uncommon with HME to have more than one surgery. The malformed brain is very hard to navigate and Tydus was very young. He underwent a revision of his hemispherotomy November 2020. He was seizure free until Sept 2021 and then started having seizures again. He would sometimes have 50+ a day and they were awful. After living a nightmare we decided to explore a second opinion. We took Tydus to UCLA in January 2022 and they did an Anatomical Hemispherectomy, where they removed the entire left side of his brain. We lived there for almost a month before we were able to come home. Tydus's last seizure was January 14, 2022. We live life in limbo as with seizures you never know when or if they will happen.

Removing half of a person's brain results in numerous deficits. One of those deficits is vision. When the occipital lobe of the brain is disconnected/removed it takes out the peripheral vision on the opposite side. In Tydus’s case his left side was disconnected so he doesn’t have vision starting in the center to the right of each eye. He also has Cortical visual impairment (CVI). Tydus also has many mobility deficits as he is unable to walk and is currently in a wheel chair. We hope that one day he will be able to as we are working very hard on this.

The decision to have a surgeon disconnect half of your son’s brain and watching them walk him to the OR is absolutely heart wrenching, but we knew this was the only way Tydus would have a life.

Pumpkin is a yellow lab and is training to become Tydus's Service Dog. Her tasks will be to alert and respond to a possible seizure as well as mobility and sight. Pumpkin has a long road ahead of her training but once she is finished with her training she will be able to reliably assist Tydus along the way.

The total cost to raise, train, and place one of our Pawsitive PAC Service dogs with a veteran, battered woman, or physically or mentally disabled person is approximately $40,000, although there is no charge to the partner for either the dog or any associated training. If you would like to be involved in a team or puppy’s journey to becoming a service dog, please sponsor one of our PAC teams or Pups today. Your generosity will change the life of one of our clients. If you are interested in becoming a PPSF sponsor, please email pawsitivepaccreations@outlook.com or call 720-940-8347